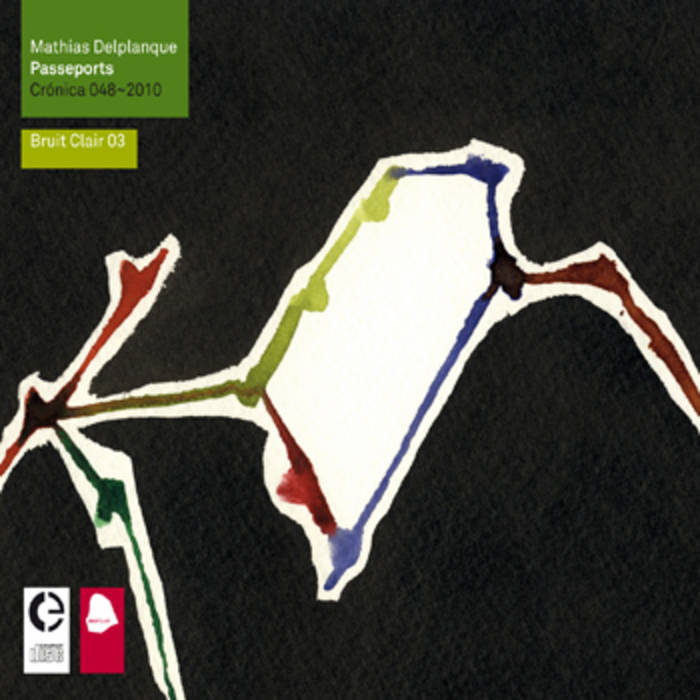 Mathias Delplanque is a french musician working since the end of the 90’s under various monikers : Bidlo, Lena, Stensil, or simply Mathias Delplanque. He’s also the founding member of several musical ensembles such as The Floating Roots Orchestra, The Missing Ensemble, AAA Men… Amongst his numerous collaborations are performances and albums with Rob Mazurek, Steve Argüelles, Black Sifichi, John Sellekaers, Shahzad Ismaïly etc…


"Passeports" is a series of works composed from various field-recordings realized in transport-related locations across France (train stations, harbours, parking lots, transit areas...) and weaved into dense ambient compositions. "Passeport 3 (Dieppe)" further includes recordings made in a call center in New Delhi. These recordings were the whole of the raw material used in the composition of this album, and were then themselves transported to Mathias Delplanque's home, where they were played back into the spaces of the various rooms, so that the mix between the broadcast sounds and domestic noises would itself be recorded to become the final version of the tracks - something that is particularly clear in "Passeport 7 (Nantes)", the track that concludes the CD. "Passeports" is a work that questions the relations between space and music - between the sound and its space, between the music and its place.

This record is co-produced with portuguese label Cronica Electronica.